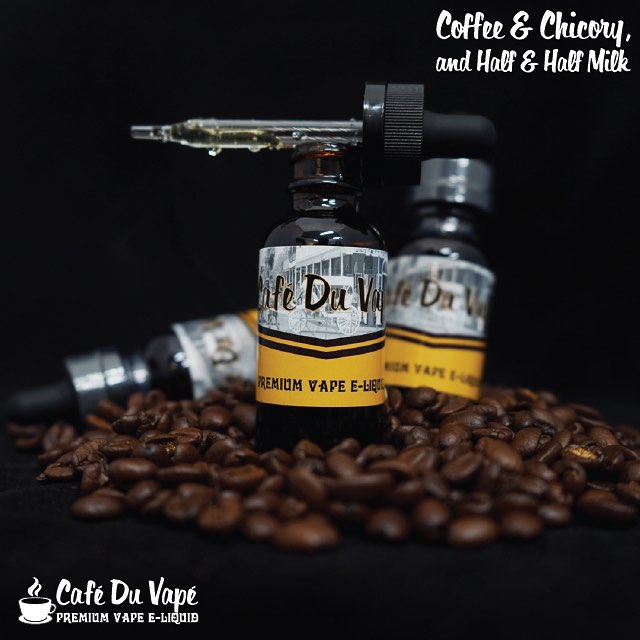 Yesterday was a typical juice restocking day in which I had planned on purchasing my all time favorite Munchies and a second bottle of Custer Fluck which I fell in love with. After some chatting with my guys at Vape Bay and seeing an awesome new RDA with only coils, Austin suggested I try an amazing new juice called Cafe du Vape. It was supposed to taste like coffee, so I wasn’t expecting much except well, coffee. One try and I was amazed. It felt JUST LIKE drinking a cup of the finest latte ever. They even got the hint of milk down! Myth has it that the team that created this juice went down to New Orleans to a world famous coffee shop and just sat there drinking coffee until they found one they liked the most. One of the owners of Vape Bay is originally from New Orleans and said the flavors are “spot on” with the coffee. 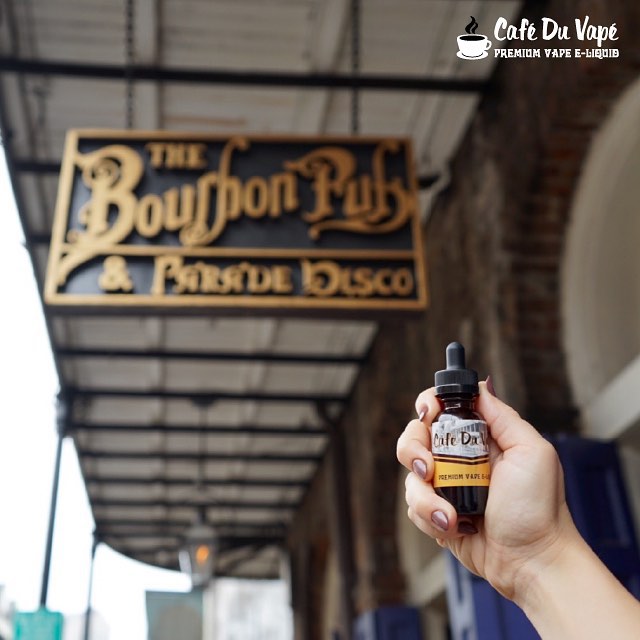 Although I had budgeted for just two bottles, I thought about getting this Cafe du Vape as I continued to savor it. Austin was hooking me up by installing new coils and cotton, so in the meantime I thought about getting this premium ejuice. Once he was done, I dripped some on my own vape and I knew I had to get it. Supposedly, this juice isn’t even available for sale yet as it launches in January 2016! Vape Bay is the only retailer in the world to carry it first and I was lucky to get a bottle before everyone else. This is definitely a must-have juice in any vapor connoisseurs arsenal.

I give it 5/5 stars! This is coming from someone who’s extremely picky and prefers smooth flavors versus vibrant fruity flavors. I’ve only been purchasing Munchies ever since I started vaping less than 4 months ago and just added Custer Fluck last week. Cafe Du Vape is also a keeper. 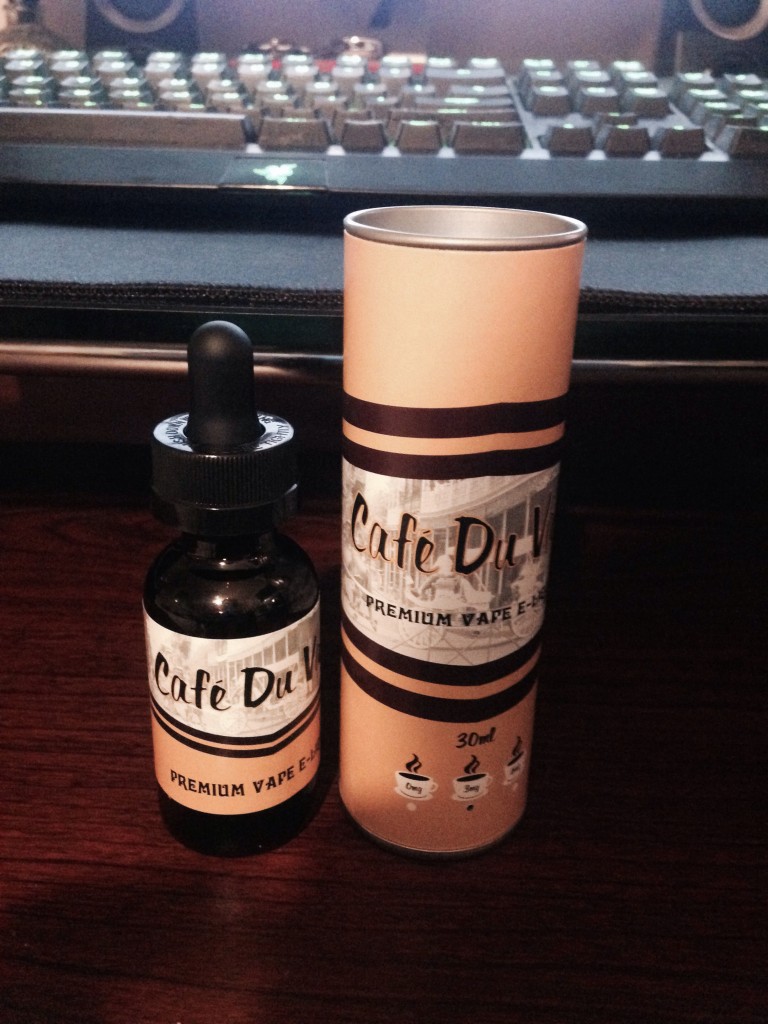