Stop Hating On Domainers! Why Chinese Investors Are Smarter Than You. 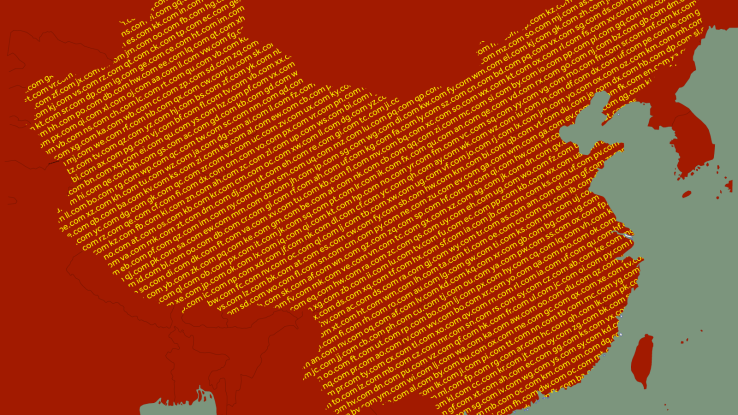 It’s great being a domainer and internet marketer/entrepreneur. More often than not I see that internet marketers and entrepreneurs in general dislike domainers for one simple reason: they want a domain, but someone wants a premium for it. Boo fucking hoo! This logic is like being able to buy a piece of land that was selling for $100/square meter 10 years ago and learning today that someone wants $1000/square meter for it. Would you complain about that? No, you probably wouldn’t because that’s considered normal. Yet when it comes to digital real estate such as domain names, people complain about premium pricing. It doesn’t make any sense.

You know who values domain names? Big corporations and just recently Chinese investors. Yes, Chinese investors value domain names more than American investors (non-domainers). It boggles my mind that this is the case considering how Americans started the domain name industry. The Chinese have been buying up all the short domain names made up of 4 or less numbers or letters and in many instances up to 8 numbers. According to the data (will post source soon) Chinese investors own over 20% of all 4 letter .COM domain names. The price has gone up from about $100-$200 average price to around $1000-$2000 per domain thanks to these savvy investors. This price increase has happened in under a year!

There are a few reasons why the Chinese are buying premium domain names as investments, some of which are speculative. One reason is that domain names are digital assets which may be sold anywhere in the world with little to no transactional footprints, so the Chinese government can’t really get their hands on these assets. China is communist, after all. Second, although dozens of new domain extensions are being released, .COM is still the universal standard. No matter what country you’re in or what language you speak, when someone thinks of a web address they’ll first think of .COM over their native country extension. That’s the power of the .COM extension.

As some of you may know, the domain industry has changed drastically in the last several years. Google stopped putting as much importance on the keyword in a domain for their organic ranking algorithm and in-app purchases and searches have risen significantly. Some have even said (and still say) that apps will kill domain names. Guess what? That hasn’t happened and probably won’t happen unless people start feeling comfortable having hundreds of apps on their screens. Why would someone download your app if it means just another button on their screen? What if it’s a one-time thing and there’s no need for an app? How do you ensure a potential customer keeps your brand top of mind if they’re not able to download your app at that very moment or just dont want to? Using a website, that’s how. With an easy to remember domain a user can always visit your site later on to learn more.

Here are a few examples of brands that have taken advantage of the power of domain names:

So, the next time you hear someone complain about domainers, remind them that it’s just a business like any other and that domain names are more important than ever. If they weren’t you wouldn’t see companies spending six, seven, and even eight figures on them. Domain names are not just web addresses, they’re brands.