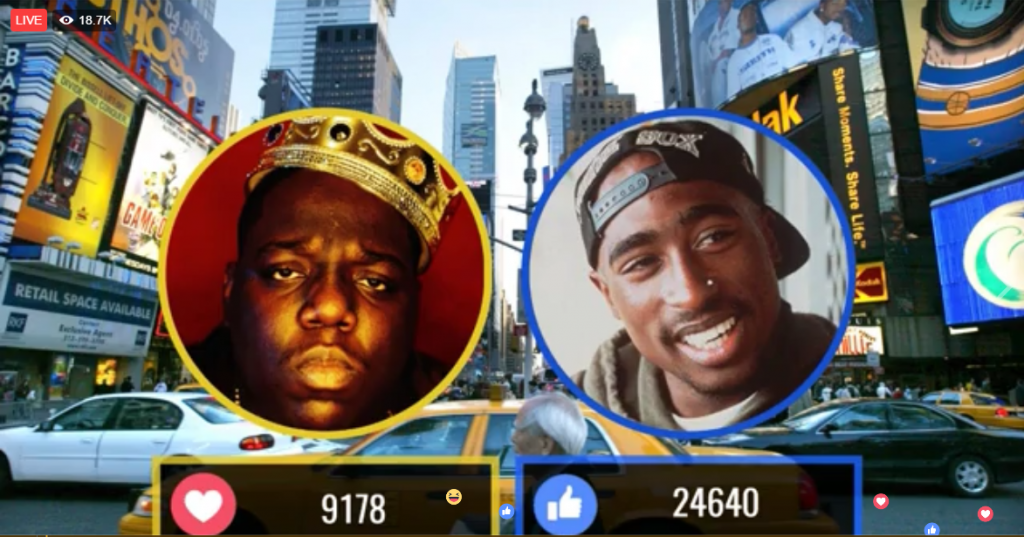 I was recently browsing Facebook and noticed something interesting: there was a live competition right on my feed!

For a fraction of a second, I thought it was some interesting new feature that allowed real-time polls/voting within Facebook until I realized it had the label ‘Live’.

It was basically a stream of an image of Biggie and Tupac side-by-side with the Heart emoji for Biggie and the Like emoji for Tupac. Whichever emoji you clicked on meant you voted for the person it was under.

The poll numbers updated in real-time which was super cool. Although this was done for pure entertainment (ie. clickbait/likes), I see this as a very useful tool for surveying your actual customers!

It really is very simple to implement, yet ingenious!

Watch this 25-second recording I captured and see if you can come up with a similar strategy to help you survey your customers!


And here’s one of Hillary Clinton vs Donald Trump less than 24 hours away from Election Day that is getting a ton of engagement: